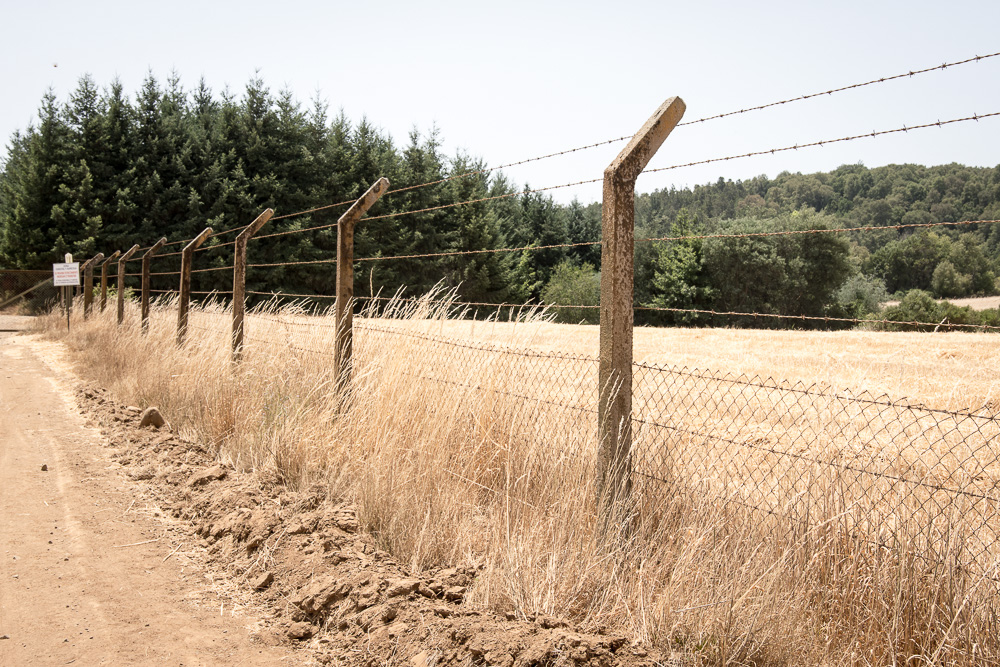 There is a number of people that believe that Adolf Hitler did not commit suicide in his Fuhrerbunker in 1945. Instead, he was allegedly transported by German submarine to Argentina, where he lived happily with Eva Braun, had two kids and died in 1970.

Research has shown, that none of it is true. The submarine was discovered in the Skagerrak strait, between the cost of Denmark and Norway and there is no proof of Adolf Hitler making it to Argentina. But as many as 5,000 SS Officers and other prominent Nazis, including Adolf Eichmann, or Dr. Josef Mengele found a new home in South America after the end of the WWII.

Some lived in upper-class society in Buenos Aires, others settled in the foothills of Andes mountain, in a picturesque town called Bariloche, where they lived the rest of their lives in peace, never answering themselves for the crimes they committed.

The theory about Hitler’s survival, however, lives on. There is even a TV series from the History Channel, called Hunting Hitler. In the series they are investigating how Hitler might have escaped from Fuhrerbunker and where might he have gone. While watching this series, Ivar heard about the village Villa Baviera, for the first time.

Self-sustainable agricultural society on the outside

Colonia Dignidad was founded after WWII as an immigrant community to promote and preserve German culture and language. In 1961 it was taken over by Paul Shafer, former Nazi, who had to flee from Germany to evade prosecution over charges related to child molesting.

On the outside, Colonia Dignidad presented itself as a self-sustainable agricultural society. They were growing fruits and vegetables, and breeding cows and chickens. On the property, there was a bakery and cheese factory. The colony even run several charitable projects, including a payment-free hospital for the local population. On the outside, it looked idyllic.

Slave-like conditions, child-rape, and torture on the inside

Schafer had complete control over the lives of his followers. About 300 Germans worked like slaves inside fenced and heavily guarded area. They were given sedatives in order to keep them obedient. Punishments often involved beatings or electroshocks to head or genitals.

Women, men and children lived separately and rarely saw each other. Schafer even decided who was allowed to marry who and if people were allowed to have sex. Any newborn baby was taken away from its mother and brought up by nurses. Meanwhile, Schafer, known to his followers as “permanent Uncle” continued to molest children.

In 1973 Pinochet took over Chile and started persecuting political dissidents. Paul Schafer eagerly lent out the property of Colonia Dignidad to Pinochet where he could interrogate and torture his political opponents. Very few residents had any idea about this though. It seems like the people living on the property were kept in  darkness about most of the things that went on in the camp. Around the whole area you can still see the massive fence that was erected.

Our guide in Villa Baviera told us that he was part of the armed forces that would respond to any breach of the optical sensors that were surrounding the whole camp. Little did he know that he was there to protect anyone from escaping.

Several people did try to escape. Many didn’t make it and were captured by one of these search parties. But some made it all the way to Santiago and the German embassy, only to be returned to the community by the German consulate.

During the years several people managed to escape, bringing with them eye witness accounts and even photographs documenting the grueling conditions they were suffering under. This caused international attention and uproar, but little was done by the German government to put an end to this.

Because of acts like this, a few years ago, the German government agreed to pay a sum of money to the surviving residents.

Pinochet is overthrown, but the terror in Colonia Dignidad continues

In 1990 Pinochet stepped down. That should be the end of Paul Schafer and his regime of terror one would think. Not really. Paul Schafer was protected by his influence and power in Chile after many years of working together with Pinochet. So, his community continued much like before.

Even after he had to flee from his own arrest warrant and the Chilean police in 1995, the community, his people, still thought of him as their great spiritual leader and many were saddened by his sudden disappearance. Despite ruling his subjects like slaves he had given them a sense of purpose that was hard to recreate after he was gone.

Schafer managed to escape to Argentina and was arrested there in 2005. He was sentenced to life in prison for countless accounts of child abuse and other acts of abuse. He died in prison in 2010 at the age of 88. 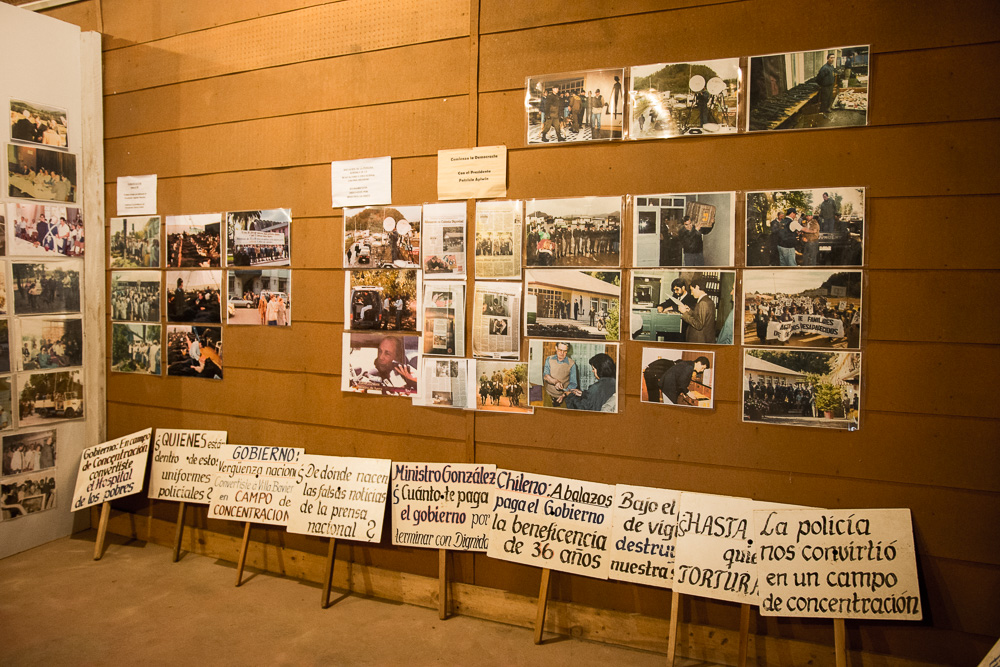 The transition from Colonia Dignidad to Villa Baviera: From work camp to charming tourist attraction

After Schafer’s escape from Colonia Dignidad, the inhabitants had to come to terms with what had happened. About half of them moved back to Germany and some wowed never to talk about their experiences or even communicate with their family members who chose to stay.

The remaining members of the community felt like they wanted to make the place into something positive like it was originally intended to be. Therefore, the former Colonia Dignidad now goes by the charming name of Villa Baviera with its own hotel and restaurant with german cuisine and home-produced apple most.

What are our thoughts after visiting Villa Baviera?

We spent three days in the parking lot behind the hotel, that used to be the headquarters of Colonia Dignidad. From there we could explore the whole area by foot and bike.

The first thing that stroke us was how lush and green everything was. This might sound strange to anyone from Europe, but for us, driving from Santiago a week before we were getting used to everything being dry and kept down by the grueling heat and scorching sun.

Here in Villa Baviera though, everything green seems to thrive. It felt a bit like good old Europe. There were German folk songs booming from the speakers, the menu in the restaurant was in German and Spanish and all this tasty looking german food and beer made our mouths water.

We explored the area by foot the first day and found the museum which is worth a visit on its own (if you speak either Spanish or German). The garden they keep, a little further away from the main buildings, was awe-inspiring. There must have been hundreds of flowering plants in all shapes, sizes, and colors, not to mention vegetables and edible plants of all sorts: Tomatoes, potatoes, salads, even herbs and medicinal plants.

Further, we came to a chicken coup where thousands of chickens were being fed automatically. Although not self-sufficient anymore, they sure keep their land occupied and well structured, as you would expect of European Germans.

We had some ideas about the history of Villa Baviera but it was still shocking to hear about the life in Colonia Dignidad from Günter, our English speaking guide.

He came to Chile from Germany in 1960 as a young boy with his mom, dad, and siblings. We were very lucky we got Günter all to ourselves. He would answer all of our questions patiently for over two hours even though a normal guided tour (in Spanish or German) should only take one.

The guided tour costs only 2000 CLP per person and we would highly recommend it!

He told us all about growing up in the colony: How he was separated from his parents, how he and everybody else had to endure grueling labor every day for no pay because Schafer said it was best like that. And how it felt like when Schafer escaped and even later when they were informed about what else had actually gone on inside the barbed wires of the colony.

We often felt like having a very personal conversation with Günter and that it was obviously not always easy for him to tell us of all that had happened in the community, but also about his current family situation. But as Günter himself said, everything, even events as dark as these, can result in something beautiful.

This beauty is clearly shown in what the residents have recently created in Villa Baviera. Even though it is hard to shake the past away. We were not seldom overcome with a sensation of cognitive dissonance while looking at the pretty flowers growing outside the house that only 20 years ago used to be the surveillance room in a closed-off German work camp run by a psychopathic preacher.

If nothing else, Villa Baviera is the testimony that people can overcome their past and create something beautiful together.

Radka and Ivar are a Czech-Norwegian duo, who quit working in Norway, shipped their self-converted Toyota HiAce van to Chile and travel the Pan-American highway together. 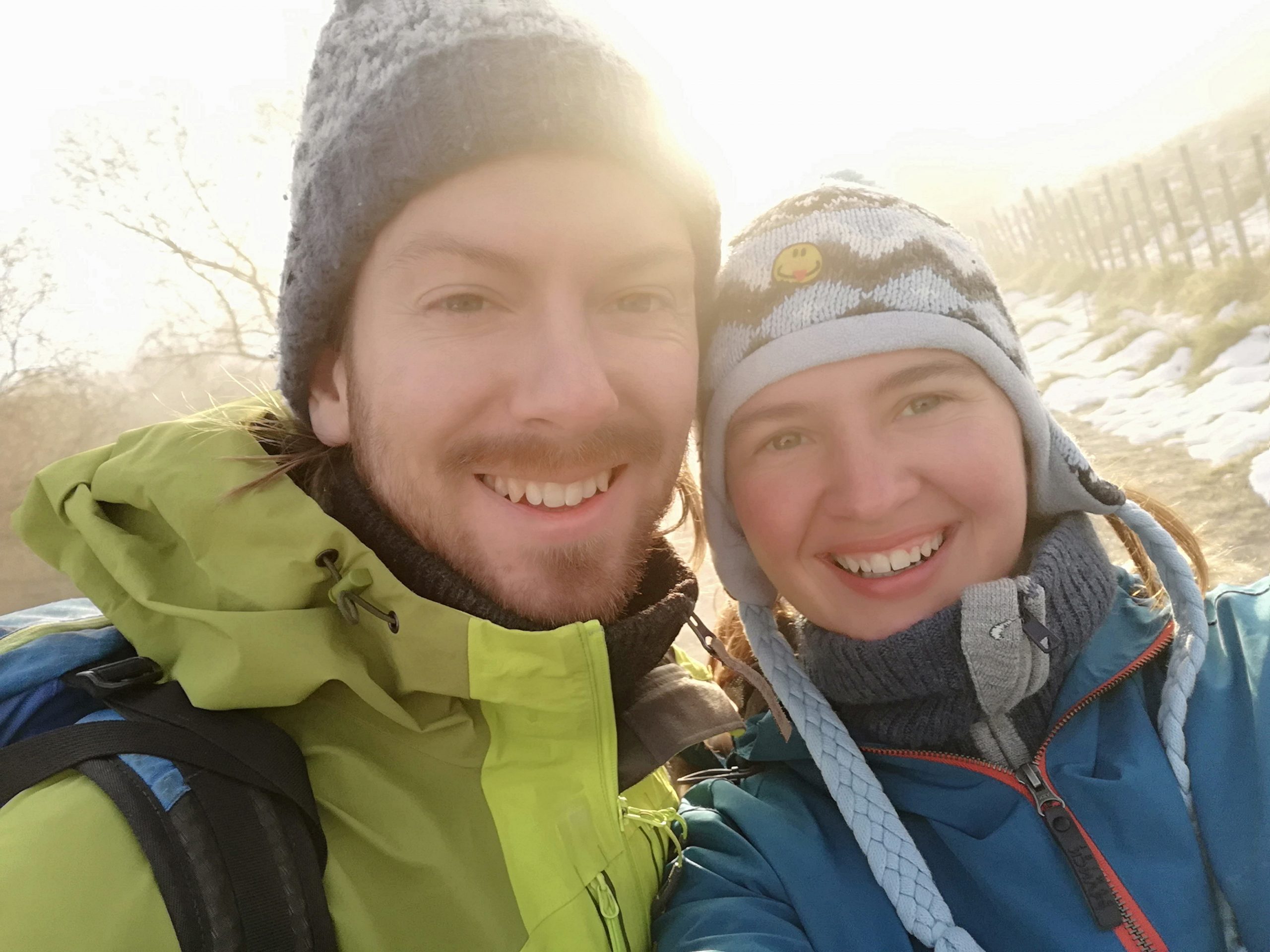